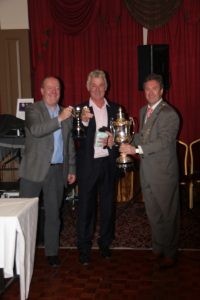 On the 05th December 2012 a preliminary hearing will take place to examine the REA, this will be followed by a full hearing on the 18th December 2012, when the Supreme Court will hear the appeal to Justice Hedegan’s High Court decision (June 2012).

The AECI will be keeping a close watch on procedures by being present at these hearings.

As you may be aware, our Association (AECI) together with all the other Electrical Representative Bodies have had meetings with the PSA (Private Security Authority) to discuss and seek agreement that will satisfy the Electrical Contractors of Ireland, who have already been badly affected by the collapse in the Industry. The Electrical Contractors in Ireland have, for many years, carried out the installation of intruder Alarm Systems and CCTV plus Access Control Systems, however with the proposed introduction of a special licence at an exorbitant cost many Electrical Contractors will be at the loss of this work and ultimately lead to more unemployment in this sector.

The AECI Executive Council arranged a meeting with all the Electrical Trade Associations with a view to create a united approach to contest many issues affecting our Electrical Industry.

On Wednesday 26th September a meeting was called with all the Electrical Bodies and the CER (Commission for Electrical Regulations) Mr Sean Ward.

The Purpose of this meeting was to contest and strongly voice our opposition to the licensing requirements for CCTV and Access Control. The CER has taken on board our very strong points of view and will be contacting the PSA directly.

On Friday 28th September the AECI arranged a meeting with all the Electrical Bodies and the PSA to strongly detail our opposition to the licensing. The delegates from the PSA agreed to look at the situation relating to Electrical Contractors. The PSA indicated that it will examine the possibility of developing a Memorandum of Understanding (MOU) with RECI and ECSSA to allow Registered Electrical Contractors (REC) to gain access to the system at a greatly reduced cost. The detail of this proposed Memorandum of Understanding is still to be worked out and the group have agreed to develop and submit detailed proposals to the PSA as quickly as possible. In the meantime the PSA have indicated that they will take no action against Registered Electrical Contractors who carry out work in the Access Control and CCTV areas in the short term.

AECI have conveyed a further meeting of all bodies in the AECI Head Quarters on Tuesday 09th October with a view to agreeing a united solution to the problem.

To All in the Electrical Industry

The Annual Electrical Trade Show will take place at the Red Cow Moran Hotel in Dublin on Saturday 15th September 2012.
The show will open at 10am during which a presentation/ seminar will take place.

A special rate for Friday 14th September 2012 evening 4 course meal and B&B has been arranged with the hotel. If you are interested, you can contact Shonagh in the Red Cow Morans Hotel on (01) 4593650.

Please see attached Layout of our Exhibitors that will be there on the day.

Looking forward to seeing you there.

AECI Trade Show Invitation to all in the Electrical Industry (pdf)

In April 2012 a matter of serious concern to the entire electrical contracting industry was highlighted in the Private Security Authority (PSA) monthly Newsletter PSA watch Issue 28.

This is the Electrical Federation Industry of Ireland’s (EIFI) response.

And note, with the AECI (Association Electrical Contractors of Ireland) name removed.

While AECI members are in favour of REAs in general, we are totally convinced that the current REA for the Electrical Contracting Industry has served its purpose and needs a root and branch examination. This view was also expressed in the Flood Cassells Report into the REA for the Electrical Contracting Industry. Not alone are the wage rates out of sink with wage rates in the U.K. and Northern Ireland, several of the conditions of the agreement are no longer practical in the climate that exists today.

AECI saw this coming some time back and went to a lot of effort to produce a draft REA for consideration by all the parties involved in the industry. While the ECA were in favour of this new REA, it was rejected out of hand by the TEEU.

This left AECI with no other option but to apply for the cancellation of the current REA through the Labour Court. We looked for and got the support of ECA who joined with AECI in applying to the Labour Court for the cancellation of the Electrical REA under Section 29 (3) of the that agreement. This application is still before the Court and is due to be heard during May or June of this year.

At a recent meeting of the ENJIC the AECI delegate was shocked to hear that ECA had gone into separate talks with the TEEU and had agreed to new pay rates for electricians. The only forewarning given was a call to the AECI President on the previous Friday informing him of this proposal. The AECI President asked the ECA to postpone this decision and proposed a meeting between the two bodies to discuss the matter; this offer was refused by ECA.

While this agreement would mean a reduction in pay rates for electricians, it is not sufficient to make Irish Electrical Contractors competitive with their counterparts in Northern Ireland or the U.K. Neither does this change any of the out of date practices that are forced on compliant electrical contractors with regard to the analogue system, travel time, the tool kit and many more.

AECI are convinced that the only way to make progress in this regard is to have the current REA cancelled and start from scratch with a bank sheet and draw up a new agreement that will serve the industry going forward and give a level playing field to all who work in this industry, particularly not to put Irish contractors and electricians at a disadvantage in competition with those from Northern Ireland and the U.K.

On 6th December 2012 we sent the information below to your emails as follows:
Please find below the AECI & ECA Joint Application to cancel the Electrical REA under Section 29 (3) of Industrial Relation Act 1946.
Section 29 (3)

Where a registered employment agreement does not provide for its duration or termination, the Court may, after the lapse of twelve months from the date of registration, cancel the registration on the application, made after six months’ notice to the Court, of all parties thereto representative of workers or of employers.
The AECI have previously lodged an Application to cancel the REA under Section 29 (2) of Industrial Relation Act 1946 based on the Ballot of our Members taken in October 2010, however, with the support now of the ECA this recent Application should result in a speedier response.

Joint Application Re: Cancellation of REA

The stance taken by the AECI was that this training course in its present form was above and beyond the technical knowledge required to commission Emergency Lighting Systems and our feelings on this matter was strongly articulated.
This training course should now be suspended indefinitely and the NSAI should revert back to the I.S. 3217 Standards Committee with the many views put forward by the AECI and others.
We will keep you informed as this matter comes to a conclusion.